Taking a decision in the core committee, Chief Minister Vijay Rupani on Friday announced that from Monday, June 9, all government-run offices across the state would be held, in which the offices of the 21st semi-government-board-corporations as well as private offices would be able to function with 100 per cent staff.  It has also been decided that all government offices will continue as before on the first and third Saturday of every month from Saturday, June 5.

These decisions have been taken by the state government as corona cases are declining in the state.  Being stated by the General Administration Department of the State 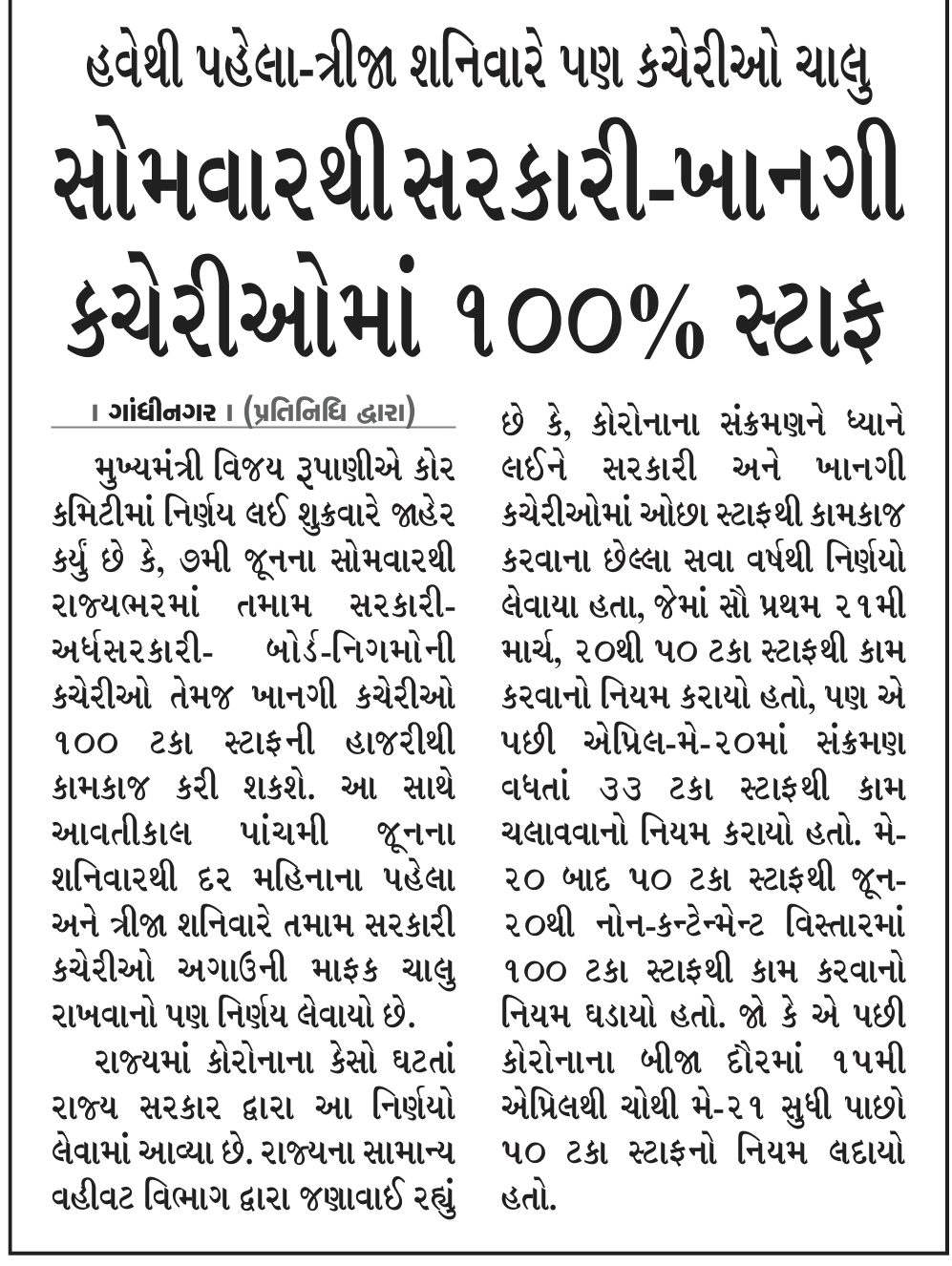