The word yoga has two meanings and both are important

Join Telegram Group
The word yoga has two meanings and both are important covid19
Subject: Matter of celebration of International Yoga Day-2021.
Congratulations on the above topic, the annual planning of GCERT's Population Education Unit is to celebrate Yoga Day in the year 2021 as part of co-curricular activities.  Yoga is a trend that has been flourishing for years.  There is a growing trend to maintain physical and mental well-being through yoga.  Every yogic activity is a key to achieving relaxation, strength, balance and harmony.  Yoga is a source of joy and peace.
June 21, 2021 - Make International Yoga Day Your Day.  In order to create a positive atmosphere, it is requested to plan for the celebration of Yoga Day through virtual medium in the DLAD B.Ed institute of your district.
In addition, the Yoga program will be broadcast on BISAG on Channel No. 6,7,8 from 19:30 to 21:00 on June 19-20-20.  Which is a request to watch.
The program will be rebroadcast on Channel 5 from 11:30 to 12:00, on Channel 7 and 8 from 11:00 to 11.30
The word yoga has two meanings and both are important. The first is Jod and the second is Samadhi. It is difficult to reach Samadhi unless we connect with ourselves. Yoga is not a philosophy or a religion, it is a little more than mathematics. Add two to two, only four will come. Then whether you believe it or not, just try it. Putting one's hand in the fire will burn one's hand, this is not a matter of believing.

'Yoga is above religion, faith and superstition. Yoga is a simple science. Is an experimental science. Yoga is the art of living life. Yoga is a complete healing method. There is a complete road - Rajpath. Religion is a bond that binds everyone together and yoga shows the way to liberation from all kinds of bonds - Osho.

Patanjali has created eight CDs to reach perfect health, say to God, to truth, to self, to salvation. If you only climb one ladder, you don't have to push for another, you just have to push for the first. Take the initiative.   www.happytohelptech.in Know that yoga is a scientific process of gradual progress towards its ultimate power. You will reach it if you run.


Just as Einstein's name is paramount in the outside world of science, so is Einstein's Patanjali in the inner world of the mind. Just as the Himalayas are the best in the mountains, so is yoga the best in all philosophies, rituals, policies, rules, religions and systems.


Yoga is a broader subject. If you have heard - Gyan Yoga, Bhakti Yoga, Dharma Yoga, and Karma Yoga. The word yoga is connected to all this. Then you may have heard about Hatha Yoga, but apart from all this, the Raja Yoga is Patanjali's Yoga.


This is the highest prevalence and importance of yoga. We call this yoga Ashtanga Yoga. Ashtanga yoga means the eight limbs of yoga. Patanjali has divided all the disciplines of yoga into eight yogas. Now there is nothing beyond this.


From the first five limbs, one prepares to enter yoga, that is, the study of pre-preparation to cross the Bhavsagar by jumping into the sea is summed up in these five limbs. Bhavsagar cannot be crossed without doing this, and those who do not jump by doing this will remain here. Most people ruin their lives by mastering these five and showing the miracles of yoga.


These are the eight limbs - 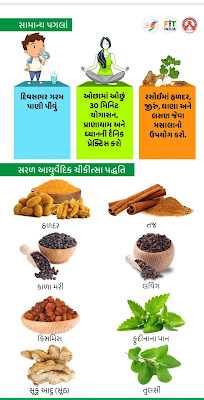 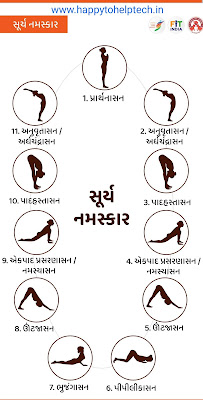 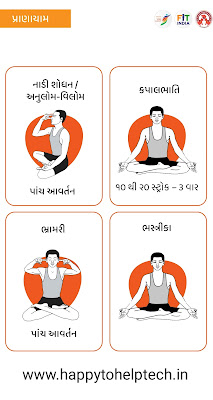 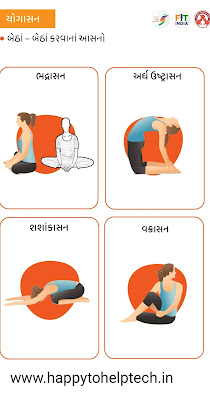 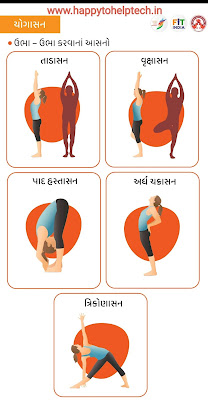 The above eight organs also have their own sub-organs. Recently, only three limbs of yoga are in circulation - asana, pranayama, and meditation.

Those who have conflict in their mind always live in anxiety, fear and doubt. His life is seen as a struggle, not a joy.

Yoga inhibits all types of moods - Yogashchittinirodha. Chitta means the conscience formed by the activities of the instincts called intellect, ego and mind. You can also call it the unconscious mind if you wish, but this conscience is considered to be more subtle than this.


All the religions of the world want to occupy this mind, so they have bound people with their respective religions by creating different rules, scandals, planets and constellations and fear of God. Patanjali says to fulfill this mind.

Yoga does not teach belief or doubt. The state of doubt between faith and doubt is antithetical to yoga. Yoga says use what you have the ability to know.


Your eyes can see anything else that is not normally visible. Your ears can also hear what is called Anahata. Anahata means a sound that is not born of any union, which the wise people call Om, the same Amen, the same Omin and the same Omkar.


So first of all you have to strengthen your senses. Make the body fickle. And enslave this mind. And all this is easy to do - like two or four.


Yoga says not to oppress the body and mind, but to transform this. Only this transformation will change lives. Don't worry if you think I can't give up my habits, which I'm fed up with. Add a 'yoga' to these habits and fall far behind. Even if you don't want to, the result will come to you.
Important Link
યોગ પ્રાણાયામ ગુજરાતી બુક ડાઊનલોડ કરો અહીં
HappyToHelpTech