-->
Home / latest News / Gujarat is likely to be hit by a hurricane, find out when and which city will be hit

Gujarat is likely to be hit by a hurricane, find out when and which city will be hit

Join Telegram Group
Gujarat is likely to be hit by a hurricane, find out when and which city will be hit


Due to the storm, winds of 30 to 40 kmph are likely to blow in Gujarat

The first hurricane of the year 2021 is going to hit this week. However, this hurricane is to hit Gujarat only. It is expected to become a pressure area over the south-eastern Arabian Sea on the morning of May 14. The East Central Arabian Sea could become brighter in the form of a cyclonic storm on May 16 and it could rise from the northwest. The cyclonic storm on May 16 is expected to bring heavy rains between May 14 and 16 in several areas, including Kerala, Karnataka, Tamil Nadu and Maharashtra. This hurricane will be the first cyclone of the year. When this hurricane (Tauktae cyclone) is turned into a hurricane, which will become a hurricane as its strength increases. This time Myanmar has given it this name. It is likely that the first hurricane of this year will pass through the Kutch area of ​​Gujarat on May 20.

According to the Indian Meteorological Department, there are different models of hurricanes this time. While some models show that the storm could pass over the coast of Oman, some models point to South Pakistan. Which means that this storm will affect some parts of Gujarat. 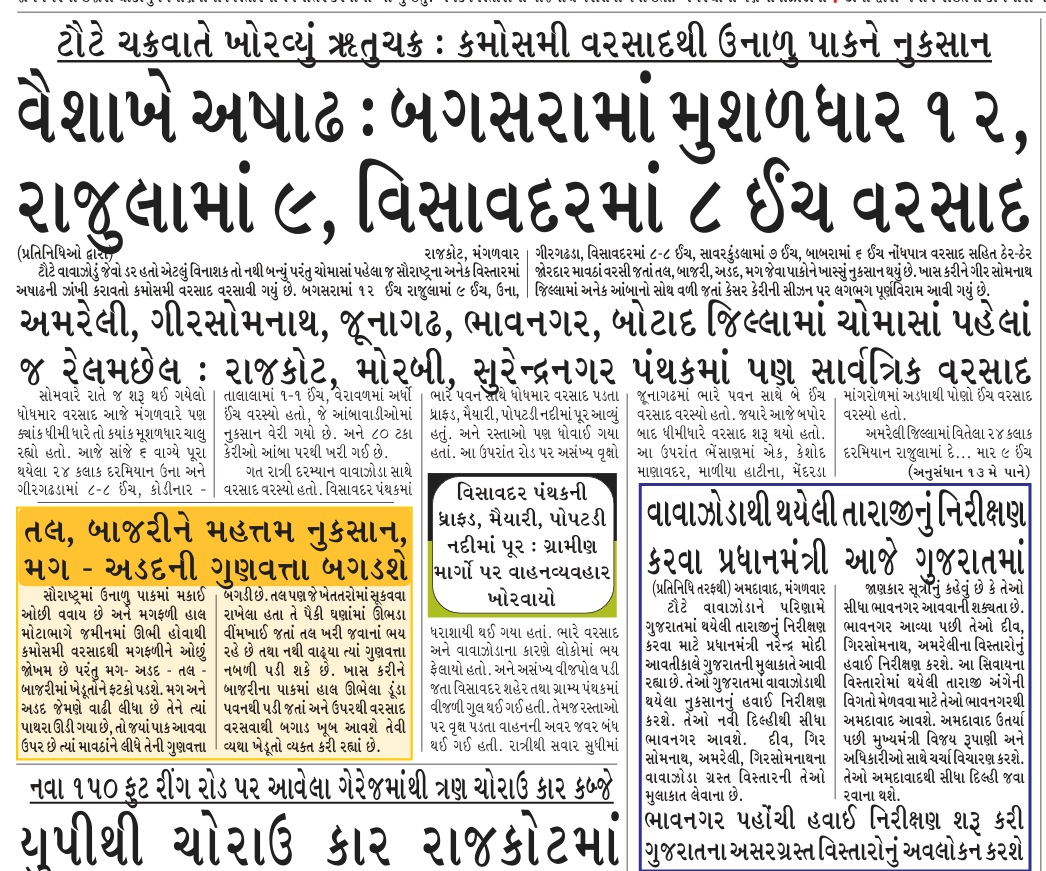 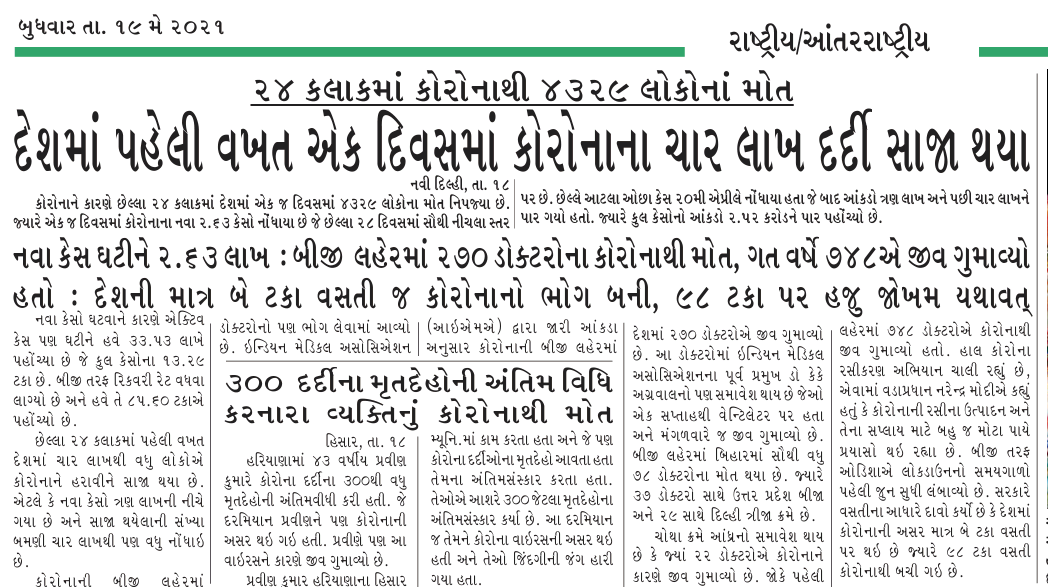 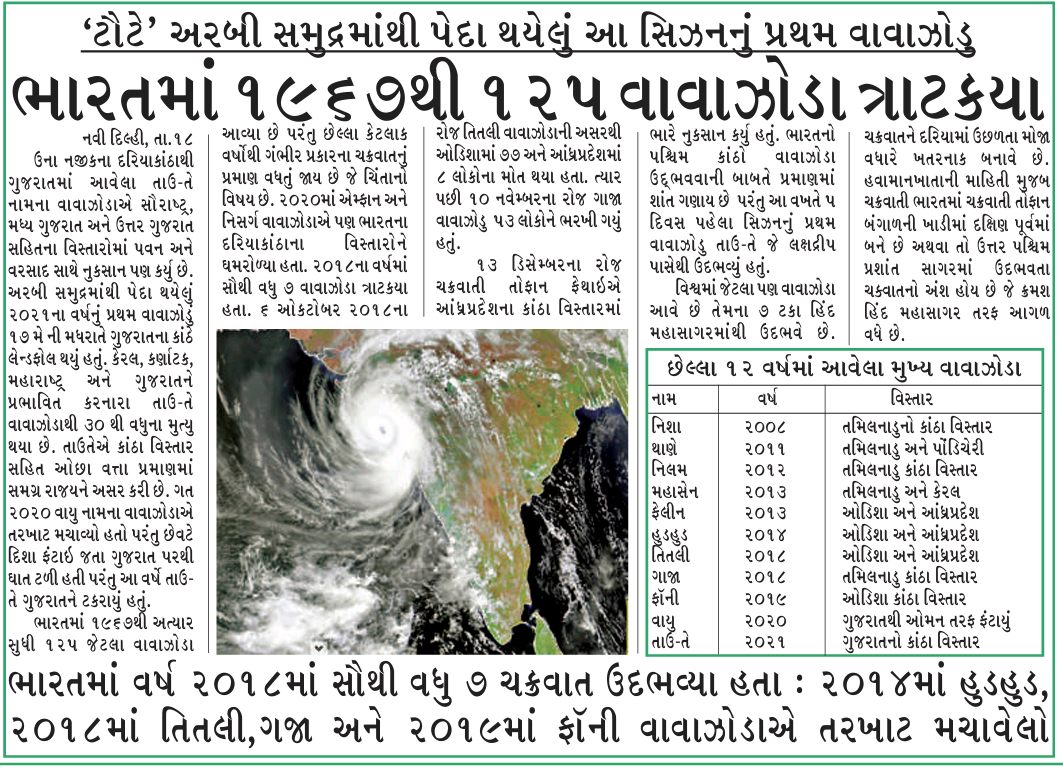 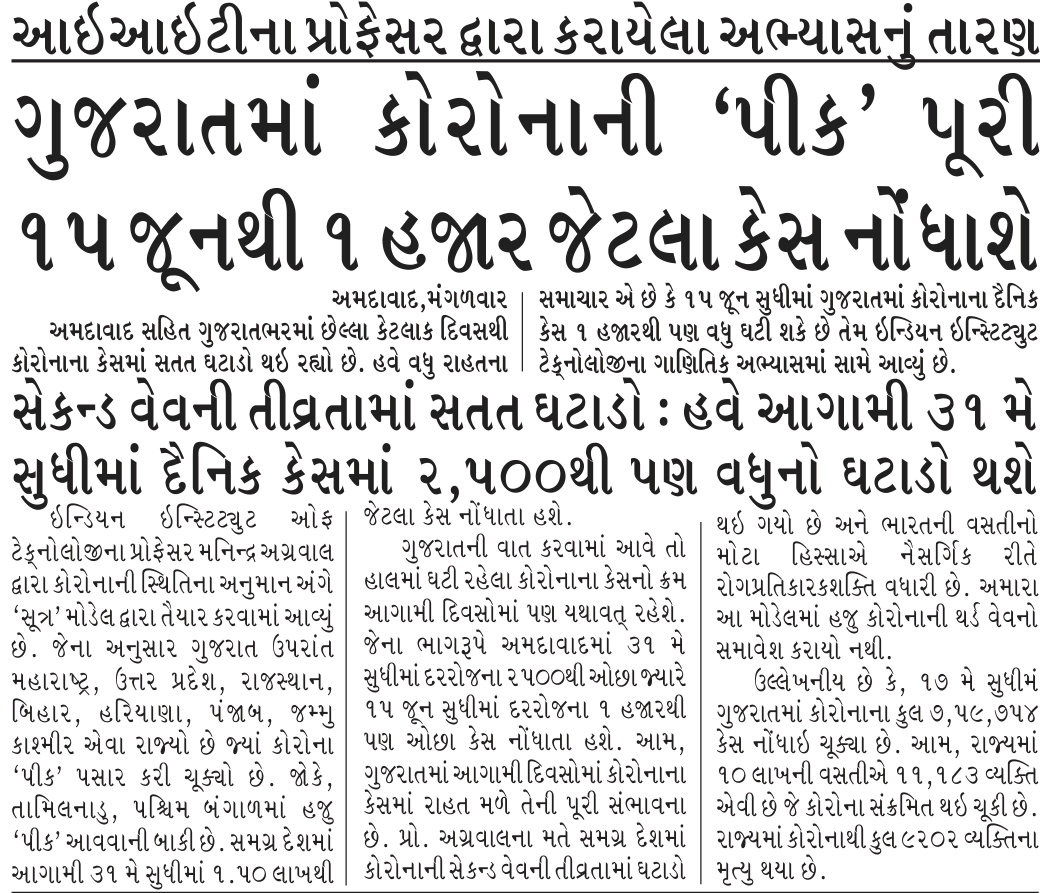 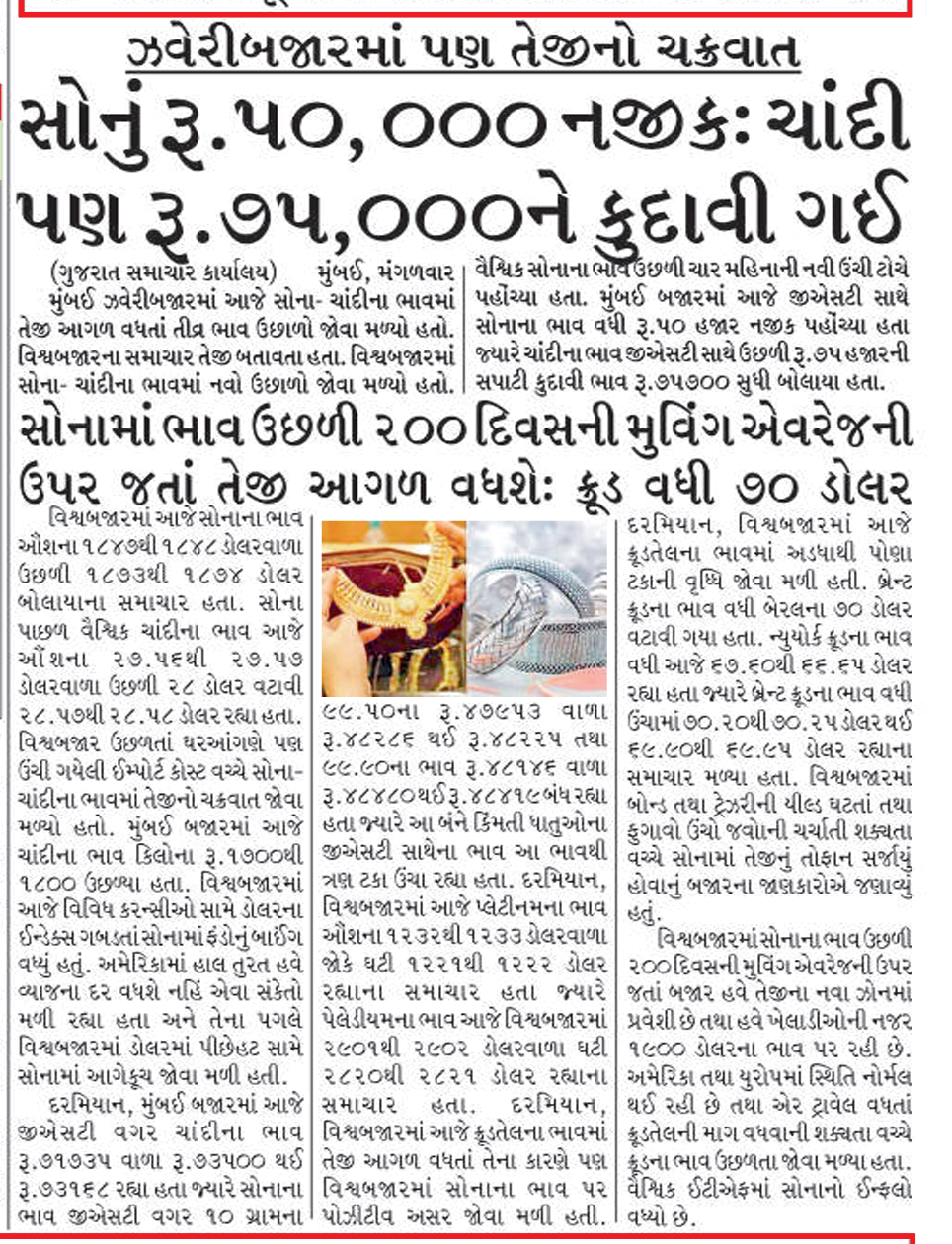 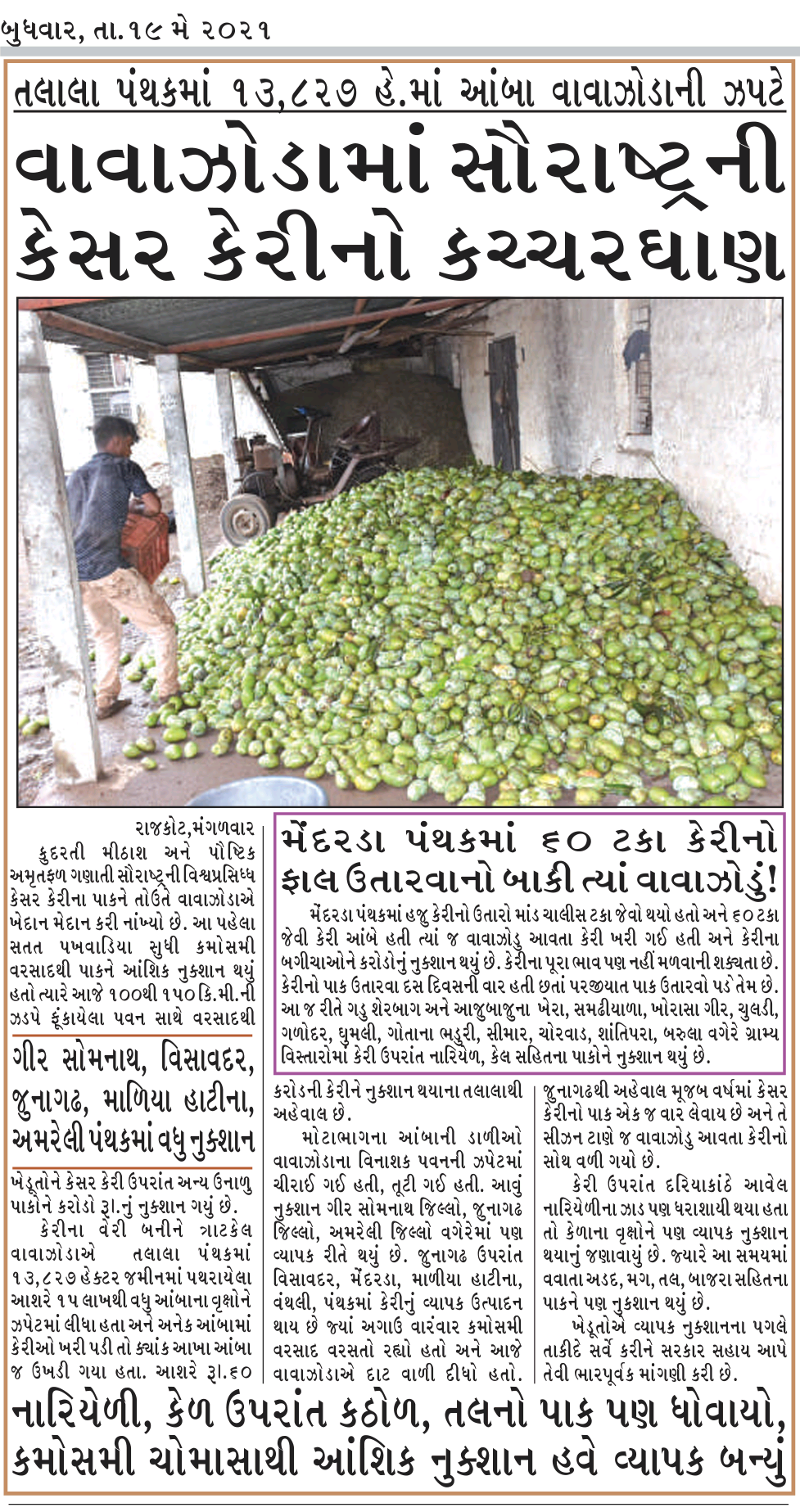 Gujarat is likely to be hit by 'Taukte' on May 19-20 in Saurashtra-Kutch and winds of up to 35-40 kmph may blow. A hurricane is likely to hit the coast of Saurashtra on May 19 at the present stage. Also, winds are likely to blow at speeds of 30 to 40 kmph in Gujarat due to the hurricane. 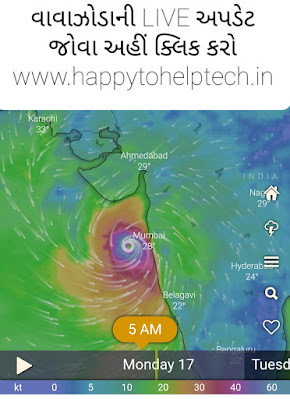 The first cyclone of the year 2021 in the state of Gujarat may strike in the coming days.  At the speed at which the cyclonic storm is advancing, it is predicted that it will reach the coast of Gujarat by May 18.  Due to which heavy to very heavy rain (Heavy Rain Forecast) may fall in some areas of Saurashtra.
LIVE   વાવાઝોડું
The IMD estimates that the hurricane in the low-pressure area could develop rapidly in the eastern Central Arabian Sea around May 16 and move northwest.  Due to the hurricane on May 16, heavy rains are forecast between May 14 and 16 in other states, including Kerala, Karnataka, Tamil Nadu and Maharashtra.
The state of Gujarat is forecast to be affected by 'Toukte' from May 16 to May 20.  Winds of 35-40 kmph may blow during this period.  That is why High Alert has been issued in Saurashtra and Kutch as part of the pre-preparation.  Is going.  It will turn into a storm with a strong wind, then as the strength of the storm increases it will become a hurricane 'Toukte'.
HappyToHelpTech

Gujarat is likely to be hit by a hurricane, find out when and which city will be hit
4/ 5
Oleh HappyToHelpTech
Prev Next Home