Writer Dhruv Bhatt lives in Karamsad, the birthplace of Sardar Patel.  Currently living a retired life.  Also runs an organization for children called 'Nachiketa'.  Under which they teach children Akashdarshan, beach walking etc.  Applications.  With very beautiful creations.  He is a popular creator of Gujarati literature.  This book has been dedicated to Mahanadi Narmada, whose vision alone brings liberation from sin.  On its cover is a pedestrian lying on the Narmada, on the back page is a verse from the Chhandogya Upanishad: In this novel, Narmada herself becomes a character and flows silently. 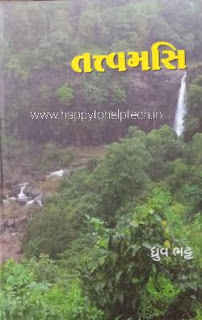 The immortal Jai Ghosh of Indian culture resonates in the common so-called stories of forest dwellers living in the forests of Narmada and breathing in the Narmada in Tatvamasi.  No name is given to the protagonist of the story here.  It is a symbol of today's youthful psyche.  Excerpts from his diary are in the form of a novel.  The protagonist is of Indian origin.  Has lived in America for years.  There his professor Rudolph sends him to India to study the tribes here.  Because the professor thinks that there are only two peoples in the whole world who can develop culturally, while maintaining tradition;  They are the people of India and Japan.  Then the protagonist comes from America.  Pro.  Meet Rudolph's acquaintance Supriya.  Supriya runs a tribal welfare center in Harikhoh on the banks of the Narmada.  Supriya has graduated.  The protagonist also considers man as a resource while Supriya opposes the bee as a resource.  Supriya has a life mantra, I am Brahman, you are the same and the whole world is Brahman. 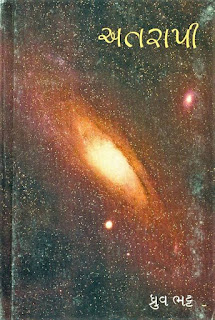 After coming here, the protagonist is asked what kind of magic does this people, who have maintained their existence and identity even among the inferior rulers, foreign invaders and incompetent clergy, have kept the whole country intact from time to time?  And he gets the answer… .. Gujarat Free Book One reason is mutual love-feeling in the family.  The second reason is, everyone in this country has their own vision of life that they have got in the blood.  Everyone has knowledge of Ramayana-Mahabharata without reading it.  Then whether it is of any caste or province.  He feels the happiness and sorrow of the characters of these stories inside himself.  Because these are not just stories, but life and its traditions.  The third reason is that this culture stands on the feet of pilgrims. Gujarati Library Free Book

Supriya is an intelligent woman.  It's like listening to her idea.  He says: ‘I wonder if the whole world is worried if an animal or a bird is endangered.  The so-called intellectuals will write articles on it, protest… and if the whole culture of man, his tradition, the heritage of his life comes to an end and the whole system breaks down, it is welcomed as development!  I don't think this is appropriate.  What do you think? ’The question posed to the protagonist is all around us.  The differences between the East and the West are explained by a small dialogue, which has become the main dialogue of this book.  The hero's friend Lucy, who is from America, looks at the map of India and says that Narmada divides India into two parts.  Then the worshiper Shastriji replies to him that no, Narmada does not break India but connects it.  The Narmada connects Uttarakhand and Dakshinapath.  At one point in the book, Shastriji tells the protagonist: ‘I am not so much concerned with religion as with culture, with our way of life and traditions.  I am as concerned about our faith, our attitude towards life as I am about anything else.  This country and these people resented foreign rulers, they also welcomed other religions, but now I am afraid of what I hear and see.  Attempts are being made to change our outlook on life, our traditions and our culture. 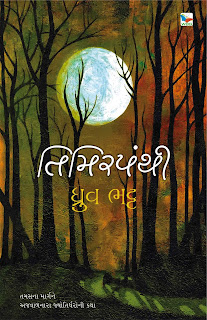 Wandering, camping with children, strolling along the sea or river and sky view.  I like to do it myself, but I also like to do it for children.  Apart from living with unfamiliar families, creating self-study opportunities for students, trying to arouse interest in subjects that are not in the curriculum, and wandering aimlessly in the jungles on the islands. 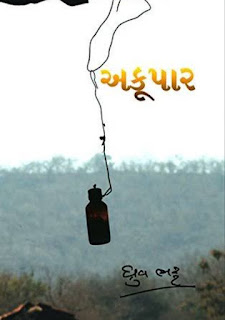 The protagonist is a painter who lives with the Maldhari families, meets the forest department officials, gets information about the forest life from the Maldhari sisters, studies in depth about the forest life, the play takes a new turn with a heroine named Shansai, with the lion  Raised as a girl, she knows in detail about the life of Maldhari families in the forests of Giri.
Akupar Natak depicts the values ​​of human life.  The play also says a lot about what human beings can do to nature.  Songs sung by Rajbha Gadhvi of Lila Paniya Ness have also been used in the play.

The problem of Maldharis in Sasangir is also seen in the play.  The protagonist sees nature vividly. The most important thing in the play is the effect on the environment of the whole of India if there is no lion in Gir.  This play also gives him an idea.  At the end of the play, the protagonist finds his own solution as to why he has chosen this forest.
His poetry
Atalok deh, ema atalunk haiyun ne haiyam samandar shi maya,
You can't see it from the outside, it's the body of a quince.

‘People consider it an area that is not safe to leave.  Really? '

‘Being someone’s or someone’s being is life’s own decision.  Not by someone else's decision. '

‘I don’t know how to explain what I hear from someone to others.  I can only say what I understand. '

Yes, the above is a glimpse of Dhruv Bhatt's novel 'Atrapi'.

Surprisingly, the protagonist of the story 'Atarapi' is a dog.  Whose name is - Sarmey.  Apart from this, there are many other dog characters - Kauleyak, Sadbhavini, Sarma, Vishwakadru, Kalo નથી it is not just dogs.  Humans are also characters - Shaku, Pratha, Sanjay, Ajanmya, Guruji, Dostar.

A little more from 'Atrapi'.

"It's better to know than to learn."

‘Becoming, moving forward and evolving’ is different.  Quite different. '

"We learn even when no one is teaching."

"You are rabid and rabies is different."

"Until today, the legs have taken me everywhere, now I will take the legs."

In the novel, dogs and humans talk to each other.  Understand each other, listen.  By making the dog a metaphor, Dhruvdada swallows very beautiful and profound words like a vein.  Atarapi is a little different and experimental than the rest of his novels.  Yet like his other books, one thing is common - self-identity.

While reading Atarapi, I was reminded of Polo Coelho's novel Veronica.  No direct connection.  But just as the esoteric philosophy of life is easily described through the insane world, so the work is done by the world of dogs in ‘Atarapi’.

‘Darkness is eternal.  There is light, there is no darkness.  That's the decent thing to do, and it should end there. "

‘It is human nature.  What is in front has no value.  Get what you don't have! '

"I can't teach anything, I can just tell."

Atrapi ”
The story is about a dog named Sarmey who unleashes your innate joy and calms your soul.
There is a treasure trove of philosophy of identifying the "self" with the journey of the world of dogs and humans.

Let you read three sentences continuously and keep thinking about it.
1. I don't think it's necessary to do so.
2. I don't know.
3. It could be so.

And the ending with one sentence.
1. I do not mean this.

In this novel, dog dialogue is highlighted by subordinating human characters.
Like the Panchatantra, it seems to be an attempt to give an easy understanding through the dialogue of animals.  The names of each of the characters are in harmony in the Sanskrit sense.  There is a person named Pratha who gives birth to two puppies in the name of Sadbhavi. TATVAMASI, AKUPAAR, TIMIRPANTHI, ATRAAPI NAVALKATHA PDF GUJARATI DHRUV BHATT   Next up is Sarma, a bitch, Alark, Jigyasu, and Vishwakadru.
The novel, like any other textbook of spiritual philosophy, seems to have simple and practical syntax.  The verses of the Bhagavad Gita, and the occasions of the Mahabharata are covered.  The social service activities for Antyodaya, the irregularities that take place in it, the practices of the gurus, trustees and seekers of the sadhana ashrams in the name of spirituality, etc., seem to have been critically and eye-witnessed.