Gujarat and Madhya Pradesh are back in contact with Narmada waters.

The central government has said that by the decision of the displaced people, the excess water for the dam will not be discontinued as long as the Government of Gujarat and the Central Government do not solve the problems of displaced people due to Sardar Sarovar dam.

Gujarat Chief Minister Vijay Rupani has said that the incident has been delayed in the state and Madhya Pradesh politics is playing at that time.

In a conversation with journalists in Rajkot, Rupani said, "According to the 1979 (Narmada Water Disputes) tribunal, the distribution of Narmada water was decided and no state has the right to change the distribution." 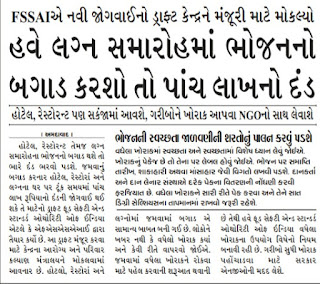 It is noteworthy that the 'Narmada Water Dispute Tribunal' was formed to disperse disputes between Narmada water between Madhya Pradesh, Gujarat, Maharashtra and Rajasthan.

What is the Narmada Water Disputes Tribunal?

Under the Inter-State Water Disputes Act 1956, the Central Government constituted the 'Narmada Water Disputes Tribunal' in 1969 and Justice V.  Ramaswamy was made the chairman of this tribunal. 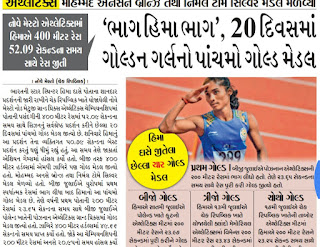 
The purpose of the tribunal was to ensure proper distribution of Narmada water and development of river Narmada river.

Ten years after the formation, the tribunal gave its decision on December 7, 1979.  According to which 75 percent of the consumable water was decided to be distributed between Gujarat, Madhya Pradesh, Maharashtra and Rajasthan.

How much water should a state get under the tribunal? 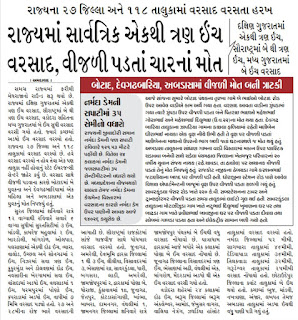 How much water will the state get?

How much electricity will get?

Maharashtra has 0.25 acres of water 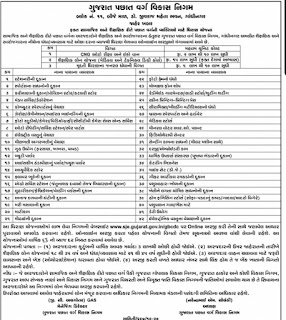 Government figures for those who died in the floods in Bihar have reached 78.  About 66 lakh people have been affected by flooding.  More than one lakh people are currently resorting to 130 relief camps.

This information has been disclosed by the Disaster Management Department of Bihar.

In the last three days, the flood limit has been rising very fast and the loss of lives has been taking place.

Every day new areas are coming to the forefront of the flood.  People left home due to floods are worried about whether they will be able to live a normal life again.

The idea of ​​getting out of this difficult time seems like a challenge. 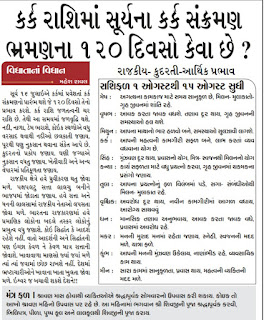 The number of people who died on July 17 was 67, while the number of those affected was around 47 million.

Relief workers have not been increased even when the number of victims has increased to 55 lakh.

On July 16, there were about one hundred thirteen thousand people in 185 camps.
By Thursday, the number of these refugees has doubled and the number of camps has gone up to 130.
READ TODAY BIG NEWS  HEADLINCE 22/07/2019 MONDAY
Why did this happen?  Are the affected people going from relief camps?  Or do not come after. www.happytohelptech.in visit for latest news update in your mobile bookmark our website for big breaking news education and politics etc.
We arrived on National Highway 27 passing through Jhanjharpur on Thursday to know the reality of the relief camp set up by the Disaster Management Department of the Bihar government.
READ TODAY BIG NEWS  HEADLINCE 22/07/2019 MONDAY
HappyToHelpTech