With the above resolution dated 17/10/18, orders have been made to pay the salaries of government employees during the first three working days of the month after which the salary allowance is payable as per the staggering practice.

This year's Diwali festival  As on 04/11/2021, the state government has taken into consideration that employees and pensioners can celebrate this festival with joy and enthusiasm.

It has been decided to make early payment of salary allowance and pension for the month of October 2021.

As per the above decision, payment of salary allowance / pension of government employees / pensioners of the state government for the month of October 2021 as stated in the resolution dated 19/10/18, instead of the first three working days of the month,  By making concessions in the resolution of 30/4/21.  9/10/2021 and dt.  Doing phases during 9/10/2021 is thus defeated.

By order of the Governor of Gujarat and in his name, 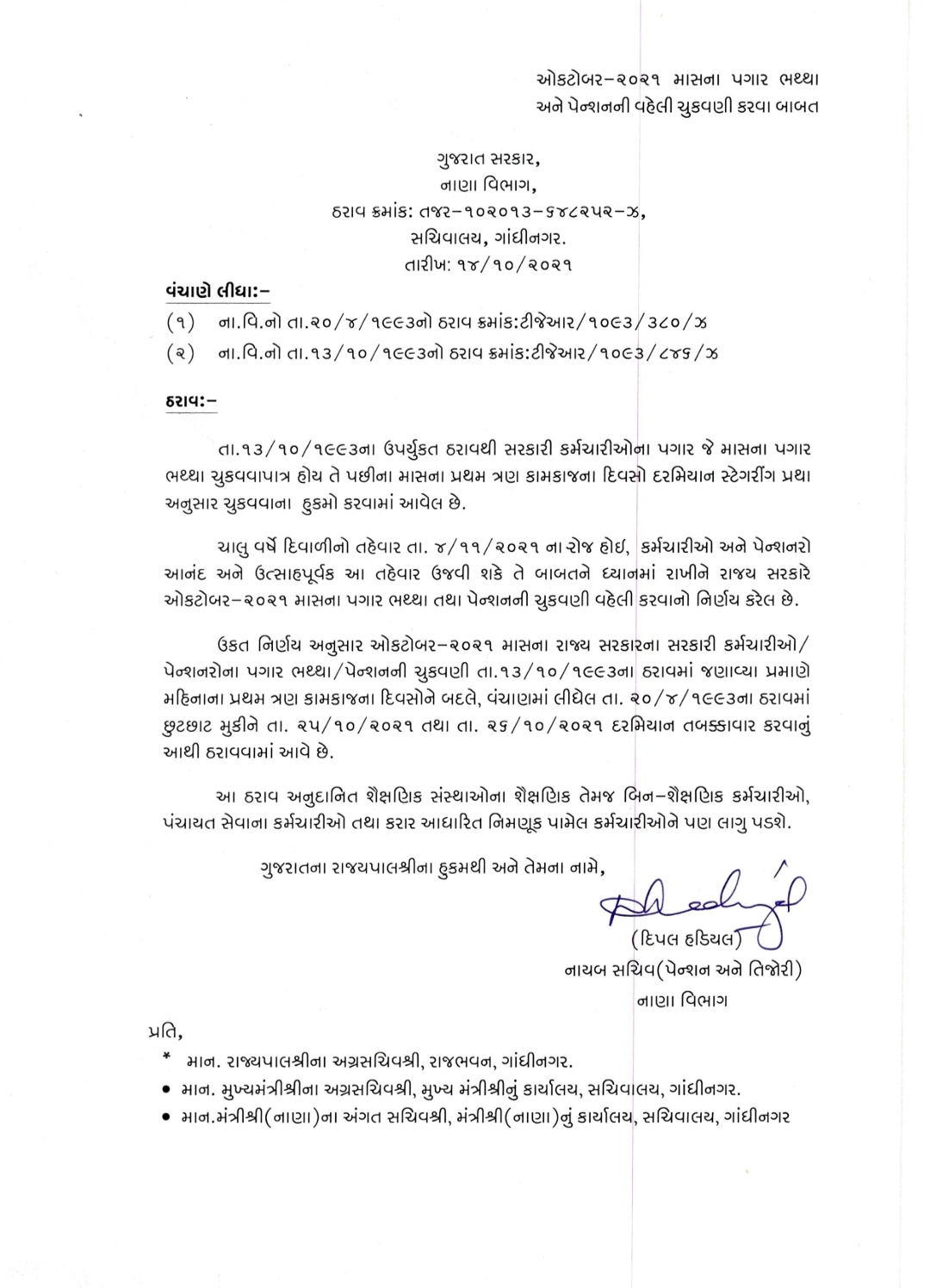 Survey Departments of the Secretariat, Gandhinagar,