A further 256 new cases of # COVID19 were reported in the state
Ahmedabad has the highest number of 182 cases.
34 34 cases have been reported in Surat.
Total 3061 positive cases, today 06 more persons died.
A total of 133 people have been killed.
A total of 282 patients have been discharged

Concessions have been gradually being implemented in hotspots for some time now.  While Ahmedabad accounts for 65 per cent of the total cases in the state so far, the city is now allowed to open markets, including shops, under certain rules.  Ahmedabad city has the highest number of corona cases.  Apart from those areas, preparations have been made to open shops in other areas to create normal life.

Gujarat corona virus update 25-04-2020 latest information.
Khadia, Dariapur and Shahpur as well as Danilimda and Behrampura are the six wards implemented as containment zones.  In which no concession is found in the present situation.  But all 42 areas of Ahmedabad will get concessions with restrictions.  Shopkeepers can also be prosecuted if the rules are not followed.  Officers can keep the shop closed in areas that feel like a corona transition.  Shopkeepers will be relaxed by the teams of officers with the rules of wearing masks, sanitizers, maintaining hygiene, social distance.
Gujarat corona virus update 25-04-2020 latest information.
Then action will be taken

Shopkeepers who do not comply with these rules will be prosecuted.  The last 7 people have died today after 169 new cases.  So, by 6 pm today, the number under treatment in Ahmedabad city has reached 1595.  33 of whom are on ventilators.  While 1562 people are stable.  470 patients are still admitted in SVP Hospital, 482 in Samaras and 584 in Civil.
What can't be opened?
An important decision has been taken for small and big shopkeepers and business people in Gujarat and all the shops in all the districts except the marketing complex have been given permission for their own business.  According to this, the shop business will have to have 50 per cent regular staff in the business.  Haircutting salons, barber shops as well as shops selling pan gutka and cigarettes and tea stalls and restaurant hotels will not be allowed in the state.  Shops and businesses registered under the Shop and Establishment Act - Clerks Act can be run.  In addition, IT as well as ITES industries will be allowed to continue on the condition of keeping 50 per cent staff on duty and if such industries are located outside the containment zone, the industries will also be allowed to continue.
Gujarat corona virus update 25-04-2020 latest information. 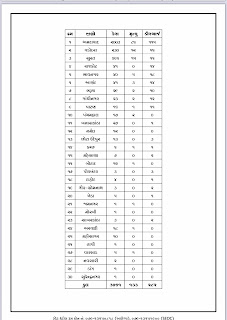