Xiaomi has revealed that the Redmi Note 9 series will be launched in India on March 12, and has already begun teasing some of its features. The teaser artwork clearly reveals a quad rear camera setup and fast charging capability on its upcoming Redmi Note 9 series phones. Going by previous launches, Xiaomi will most likely unveil two phones at its online-only event next week – Redmi Note 9 and Redmi Note 9 Pro. Surprisingly, we are yet to come across any solid leak that could reveal any major details about the two phone's hardware or features Mobile Jugad Info 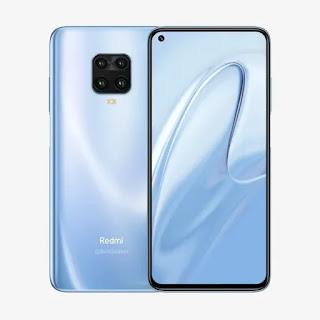 Xiaomi has created a dedicated page for the new phone, where phone information can be viewed. Although no details about the phone's name have been provided, the '9' written on the teaser page can be guessed that the upcoming phone will be a Redmi Note 9 series. The phone was said to launch at 12 noon on March 12.
The teaser and design of the phone can be seen in the released teaser, which revealed that the phone will come with four cameras. Apart from this, the phone will also have a Strong processor, which is a separate gaming feature. It is also being said that the phone will come with fast charging. Detailed details of the phone and the price at which it will be launched will be known only on March 12. TECH TIPS
Redmi note 9 phone full features specifications
Xiaomi has launched the Redmi Note 8 Pro earlier this year. The phone has a 6.53-inch Full-HD + (1080 × 2340 pixels) display, which has an aspect ratio of 19.5: 9. This phone works on MIUI 10 based on Android 9 pi. Its display comes with a waterdrop notch, and Gorilla Glass 5 protection has been provided on its front and rear panels. Liquid cooling technology is also present to improve the gaming experience. The phone also comes with a quad camera setup, with a 64 megapixel sensor on the primary field.