Beat Splendor This bike ranked first in the top 10, to know which two wheelers

Beat Splendor This bike ranked first in the top 10, to know which two wheelers

In the two-wheeler market, there is a thorny battle between Hero Splendor and Honda Activa.  Activa's stake in this sale is in October.  Activa overtook Splendor with sales of 2,81,273 units in October 2019.  And to two wheeler sales came in first. 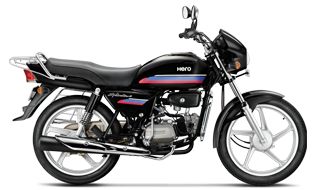 25 years have passed since the launch of Hero Splendor.  To celebrate the 25th anniversary of its iconic motorcycle, Hero MotoCorp has now launched a special edition with a cosmetic update.  The 2019 Hero Splendor 25 Year Special Edition X showroom is priced at Rs 56,600.  According to reports Splendor's special edition is based on Splendor Plus.  However there have been some cosmetic upgrades to the Special Edition.  Cosmetic upgrades include the new Orange and Gold Decoles, halogen headlamps with AHO on the front, telescopic front forks, adjustable rear shocks and an integrated braking system.

The hero did not make any mechanical changes to the motorcycle.  The Splendor Special Edition motorcycle is powered by a 97cc single cylinder engine that generates 8.36bhp of power and 8.05 Nm of peak torque.  The engine comes with a 4-speed manual transmission.  Drum brakes are provided in the front and rear of the bike.  The special edition Splendor's ground clearance is 159mm and has a 10.5 liter fuel tank.  Its reserve capacity is 1.1 liters.  The company claims that the bike's payload capacity is 130kg.
The special edition of Splendor has a length of 2000mm, a width of 720mm and a height of 1,040mm.  Splendor's special edition features a new mobile charging socket, new matte black alloy wheels, tubeless tires.  Suspension work on the front of the bike handles the telescopic shock absorber.  Also, a 5 step adjustable twin hydraulic shock absorber is provided in the rear of the motorcycle.
Beat Splendor This bike ranked first in the top 10, to know which two wheelers 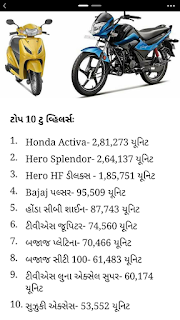 Beat Splendor This bike ranked first in the top 10, to know which two wheelers
4/ 5
Oleh HappyToHelpTech
Prev Next Home