The amendments to the Motor Vehicle Act were recently passed by Parliament, with the Ministry of Road Transport and Highways today approving the S.O. As instructed by (e), the provisions of the Motor Vehicle Amendment Act 2019 which will come into force from 1st September 2019. 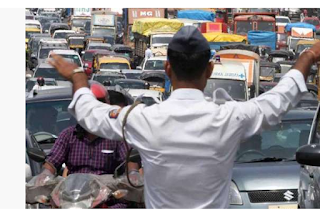 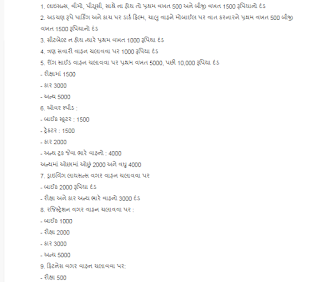 The Central Government has introduced new rules for traffic rules by amending the Motor Vehicle Act. Under which huge fines are being charged. Which is also witnessing great anger among the people. Then these new rules of traffic will be implemented in Gujarat shortly. Bookmarks this site www.happytohelptech.in

Referring to cases of over-speeding and traffic violations, CM Rupani said that those appearing in digital documents will be considered valid. If there is no seat belt, a fine of Rs 500 will be charged. 100 rupees fine on three or four rides on a scooter. 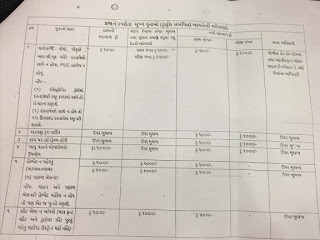 A fine of Rs 1500 if there is no license, insurance, PUC, RC book
A fine of 500 rupees if caught for the first time
A fine of Rs. 1000 will be caught the second time
Documents digitally will be valid
Where there is a need for stringency, a strict policy will be adopted
Changes to more than 50 sections
The new rules will go into effect on September 16
We took care of the general public
A fine of Rs 500 if not a helmet
500 rupees fine if the seat belt is not built
No parking for parking
The first time the current vehicle is caught talking on mobile, a fine of Rs 500
1000 rupees fine if caught a second time
Two wheeler
New traffick rules and punishment In Gujarat
Put on a public race, on a scooter