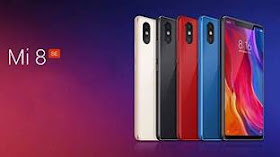 Today, Xiaomi is a mood to introduce not just one but two devices. Celebrating its eighth anniversary, the company has announced Mi 8, its flagship handset. The second smartphone that they revealed is the special edition of Mi 8. Arguably the toned-down version, the Mi 8 SE debuts Qualcomm’s Snapdragon 710 processor.

This might surprise you (again) since it houses an AMOLED display. The 5.8-inch full-screen display comes with full HD+ resolution. If you’re someone who enjoys camera photography, then, Xiaomi has pushed a dual-rear camera setup on this unit for you.

What Are The Mi 8 SE Specifications?

The primary lens is of 12MP followed by the secondary lens of 5MP. This dual-rear camera setup will be powered by an AI. For all the selfie lovers in the market, it has got a 20MP selfie camera with AI-powered portrait mode.

While the Mi 8 is Xiaomi's flagship phone for 2018, the Mi 8 Explorer Edition can be considered as an enhanced version of the Mi 8

Talking further on the Snapdragon 710, it has the dedicated multi-core AI engine. It promises a better integration of AI in all forms of experiences including camera, UI, and much more. The powerful Kryo CPU is believed to be a stepping stone for the mid-range segment, bringing high-end performance and efficiency to the segment.

This Xiaomi smartphone is priced at 1799 Yuan, which translates to approximately Rs 18,999. It is unknown whether Xiaomi has any plans to introduce it in other countries than its homeland or not. Just like the uncertainties on whether Mi 8 will come to India or not.

Let us know in the comments section below if you’d be interested in any of the devices announced at the Xiaomi event today. 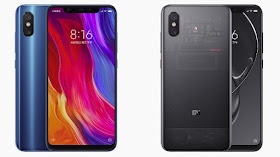 Xiaomi launched not one, but three new phones (among other things) at its high-profile anniversary event in China on Thursday. These are the Mi 8, Mi 8 Explorer Edition and the Mi 8 SE. While the Mi 8 is Xiaomi's flagship phone for 2018, the Mi 8 Explorer Edition can be considered as an enhanced version of the Mi 8 that comes with a transparent back and an in-display fingerprint scanner among other things. The Mi 8 SE, is meanwhile, an affordable version of the Mi 8 that marks the global debut of Qualcomm's new Snapdragon 710 processor.

Xiaomi will most likely bring the Mi 8 to India, since the company has already hinted this on Twitter. Chances are it may launch the Mi 8 SE in India too. As for the Mi 8 Explorer Edition, being a limited edition and all, it's highly unlikely that it would land in India anytime soon, but then again, you never know. The Mi 8, the Mi 8 Explorer Edition, and the Mi 8 SE each have their distinct feature set, and different set of pricing. Here's a closer look at what these new phones bring to the table.

RAM: The Mi 8 comes with 6GB RAM while the Mi 8 Explorer Edition comes with 8GB RAM. The Mi 8 SE, meanwhile, will come in two RAM versions: 4GB and 6GB.

Internal storage: While the Mi 8 will be available in three versions: 64GB, 128GB and 256GB, the Mi 8 Explorer Edition will have just one 128GB storage version. Both the 4GB RAM and 6GB RAM versions of the Mi 8SE will meanwhile ship with 64GB storage. Storage expansion isn't supported by all the three phones.

Rear camera: The Mi 8 and Mi 8 Explorer Edition both come with a dual camera setup on the rear -- 12-megapixel + 12-megapixel -- where one lens is wide-angle while the other is telephoto. Both the phones offer 2X optical zoom and 10X digital zoom and should technically result in clearer distant shots and professional bokeh effects in portraits. The dual camera system on-board on both the phones is assisted with 4-axis OIS which should technically entail in more stabilised videos.

Front camera: All the three phones come with a 20-megapixel camera on the front with f/2.0 aperture. 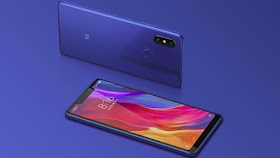 -- The Mi 8, in addition, comes with an IR-based face unlock feature that's not as secure as a conventional fingerprint scanner, but Xiaomi says that it also works fairly well in the dark. The Mi 8 Explorer Edition, on the other hand, has dedicated 3D face unlock, like the one on-board the iPhone X, courtesy of depth-sensing hardware: a dot projector, an infrared camera and a flood illuminator. It's more secure than the IR-based face unlock found on the Mi 8, and can't be spoofed using a photo or mask, according to Xiaomi. The Mi 8SE, meanwhile, has regular face unlock sans any fancy hardware.

-- The Mi 8 Explorer Edition also comes with its own version of Apple's Animoji that can apparently capture 52 facial muscle movements to create different animated avatars of you.

-- The Mi 8 and the Mi 8 Explorer Edition support what Xiaomi is calling dual-frequency GPS that apparently "eliminates interference from buildings and reduces signal delays, increasing the accuracy of navigating."

-- Neither of the phones have stereo speakers, but, come sans a headphone jack which means the same USB Type-C port has to be used for charging, data syncing and music playback (using USB Type-C headphones) in case you're into wired stuff.

-- The real star of the show in all the three phones is the dual camera system. In the case of the Mi 8 and the Mi 8 Explorer Edition, it is more or less the same setup as the Mi Mix 2S. But all the three phones can apparently detect 206 scenes across 25 categories and then accordingly they can optimise contrast and saturation in photos based on AI. The Mi 8 and the Mi 8 Explorer Edition, in addition, support a studio lighting feature like the iPhone X.

-- Xiaomi says the Mi 8 dual camera system scored a DxOMark score of 105 -- for still photos -- and it crushes the iPhone X in almost all the departments, including videos.