All India Radio will broadcast ball by ball Bilingual commentary of ICC WTC Final on June 18 from 3.30 pm onwards.


The upcoming ICC WTC Final between India vs New Zealand will also be LIVE streamed on Star Sports. It has a dedicated English, Hindi channel and other regional channels.

The final of ICC Test World Cup is scheduled to be played from 18th to 22nd of this month at the Rose Bowl Stadium in Southampton, UK. The team that wins will create history by becoming the first team to lift the World Test Championship trophy.


CEO Prasar Bharati Shashi Shekhar Vempati in a tweet message today thanked the Union Ministry of Information & Broadcasting and the Youth Affairs & Sports Ministry along with Star Sports for enabling access of the final matches on DD Sports Channel 1 on DD FreeDish DTH.

The final matches on DD Sports will be aired under a special arrangement as these are beyond the purview of the mandatory sharing of feed for sporting events.

The ICC WTC Final between India and New Zealand will be played at Ageas Bowl, Southampton starting June 18. The World Test Championship Final will be LIVE streamed and LIVE broadcasted by AIR and DD Sports. 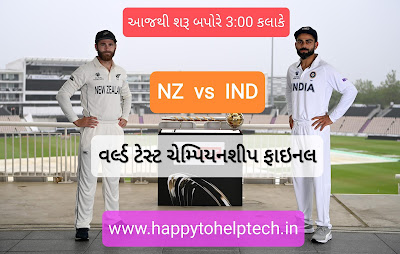