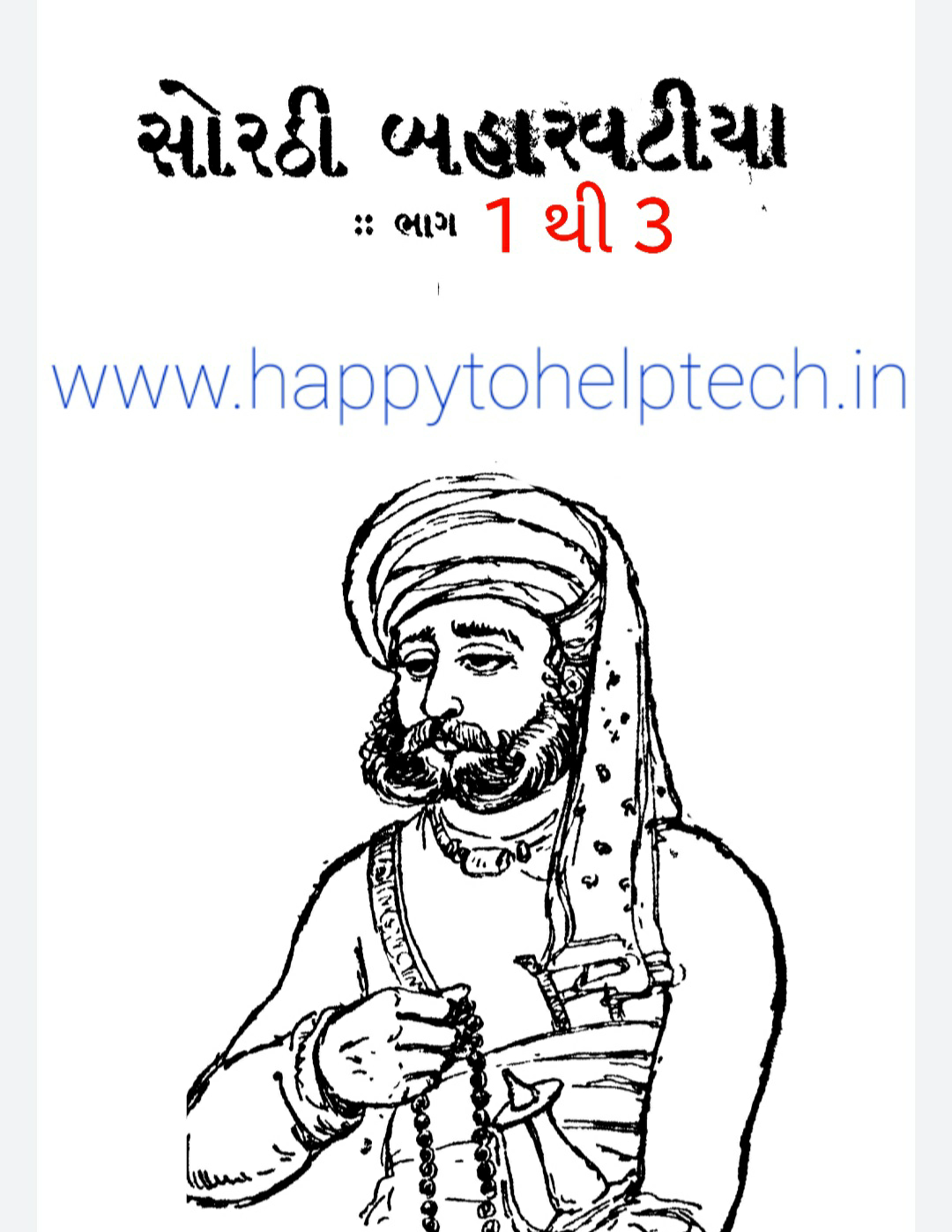 Even though the historicity remained the same;  People might have an idea;  Even so, owning one is still beyond the reach of the average person.  People were worshipers of holiness.  That folk-ideal makes it clear in the story of almost all outsiders that its destruction is present only when the outsider has strayed from the path of righteousness.  The belief in the gabby help of the gods tells the same story.www.happytohelptech.in education site
Keep in mind that the true era of exile began in the late eighteenth century, spanned the entire nineteenth century, and ended in the first twentieth century.  Its last representative was Ram Walo.  After that it is only theft and robbery.  Don't call it an outsider.  Those Narya thieves have no place in this collection, the last and the brightest flame of the extinguishing policy will be the boundary-pillar of this collection with the same pious priest Ram.
Part.  Mr.  The adornments of this book, drawn by Rawal, are not the pictures of an outsider, but the imaginary imagery of a ministerial sound rising from the character of each.  I am indebted to the editor of 'Balmitra' for the last two pictures.
SORTHI BAHARVATIYA ZAVERCHAND MEGHANI GUJARATI BOOK FREE DOWNLOAD.
Sorathi Baharvatiya Part - 1
* Bhimo Jat *
* Bawa Walo *
* Valo Namori *
* Champraj walo *
* Natho Modhwadi *
CLICK HERE DOWNLOAD BOOK PART 1
Sorathi Baharvatia Part - 2
* Jogidas Khuman *
* Mulu Manek - Jodha Manek *
* Jesaji - Vejaji *
CLICK HERE DOWNLOAD BOOK PART 2
Sorathi Baharvatia Part - 3
* Baharvatiyani mimansa*
* Mahiyana Baharvatiya *
* Kadu Makrani *
* Ramwalo *
* Mower Sandhwani *
CLICK HERE DOWNLOAD BOOK PART 3
There are various arguments going on on Baharvatiya's stories.  I am asked if people want to go out?  The exact effect of the book is also speculative: some say that reading it satisfies childish desires for slaughter and revenge, which is why young people are fascinated by it!  Some say that the people read with love because they are satisfied with the natural dislike of the British Raj in looking at the pictures of the plight of the English officials!  Etc. etc.  I urge you not to let go of such imaginary horses.  Because there is still two and a half times the history left.  And my detailed entry is still behind.  My purpose is historical, not diplomatic.  I, on the other hand, am providing the material to think discreetly about the Kathiawadi outlaws, whom the monarchy deals only with the word "scoundrels" and on the other hand whom some class deems to be gods.  I am even plotting the bravery of the British against the heroism of the outsiders. Gujarati library free
SORTHI BAHARVATIYA ZAVERCHAND MEGHANI GUJARATI BOOK FREE DOWNLOAD.
But even an experienced and history-loving civilian like Mr. Kinkaid has succumbed to his own bureaucratic point of view.  But I understand the need.  Moreover, my intention is to shed light not only on the outsiders, but also on the history of folk-life that surrounds them.  In particular, my future entrant will speak.  And there are still outsiders like Jogidas, Jeso Vejo, Ram Walo, Jodho Manek etc.
Let me fulfill a duty that remained unfulfilled in the first instance: Bhai Shri Rana Ala Malek of Bhima Jat family has helped me a lot in researching these things.  That brave brother has gained a high reputation in Kathiawad Agency Police as a clever officer who chases outsiders.  At present, the brother is a criminal in Jamnagar state.  It is an example of old-fashioned masculinity, good-looking physical wealth, and virtue.  I am grateful for that.  Another helper is Bhai Shri Walji Thakkar, a resident of Akala village.  I like his small look, and his style of describing Abad in a calm and eloquent manner.  Apart from that, Bhai Shri Gagubhai's generous and valuable help is often received.
These are the stories of only five outsiders.  Behind that, the superior bean goes inside.  Readers can digest such details well;  There will also be an introduction to the whole out-of-age philosophy.
SORTHI BAHARVATIYA ZAVERCHAND MEGHANI GUJARATI BOOK FREE DOWNLOAD.
In 'Rasadhar' Jogidas Khuman, Sanghji Kavethiyo, Abho Sorathiyo, Hipo Khuman, Varjang Dhadhal etc.: and Ra.  Ra.  From Raichura, Bhimo Jat, Gigalo Mahiyo, etc.: These are written by loose outsiders.  But this is the vision of the Sangopang collection.  It is meant to represent not only the praises of all the outsiders અને and also all the black-and-white sides of them તમામ as many incidents as can be found, but also the faults of the character.  That is why the color scheme of 'Rasadhar' will be limited to 'Baharvatia'. www.happytohelptech.in education site
This is a guide for any future historian.  In the files of monarchies, it is only a one-sided history.  The folklore tradition has a rich and colorful history, the people were beaten, robbed, suffered, yet the jawans of the looters were not forgotten.  It was an affront to the virtues of the killers.  The murder of an outsider was natural to her mind, but the strange theology at the heart of this massacre was magical in her eyes.  That is why the people kept the everlasting face of that importance.
However, there is also a limit to the historicality of the memorized fact.  Enter the illustration, the existence of Bhima Jat's beloved Nannudi.  Mr.  Raichura's fiction is not fabulous, but trustworthy folklore, just as the denial of the character I received is also credible folklore.  Many others understand that.  Besides, it seems that the heroic people will be less prone to evil things.  Today, there is no tool to determine the truth, so much for its historicity.  But revealing all this would be untrue and people would automatically point fingers.  History will be shattered.
SORTHI BAHARVATIYA ZAVERCHAND MEGHANI GUJARATI BOOK FREE DOWNLOAD.
HappyToHelpTech