Home / latest News / Fireworks were banned in public in Gujarat

Fireworks were banned in public in Gujarat 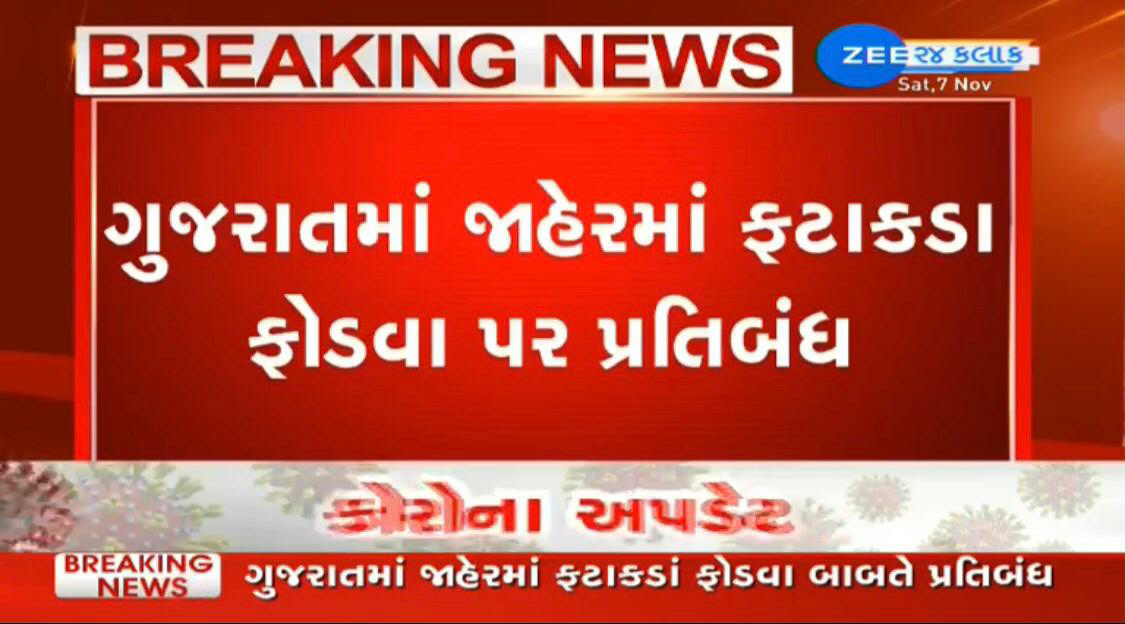 The Corona virus epidemic is still raging across the country.  Fireworks have been banned in some states during the current festive season.  Then after the notice of NGT, the state government in Gujarat has been seen in action.  Then now a declaration has been issued on the issue of fireworks in Gujarat in which it is said that the order of the Supreme Court will be complied with ...
With the Diwali festival now just days away, public fireworks have been banned in Gujarat.  In the state of Gujarat, firecrackers can now be fired only within the prescribed limits.  A notification has been issued by the Home Department regarding the Diwali festival.  According to which crackers are banned in public.  As well as the people have to follow the guidelines of the Supreme Court.  Fireworks can no longer be set off in public.  Illegally imported fireworks are also banned.
Fireworks were banned in public in Gujarat
Official NOTE 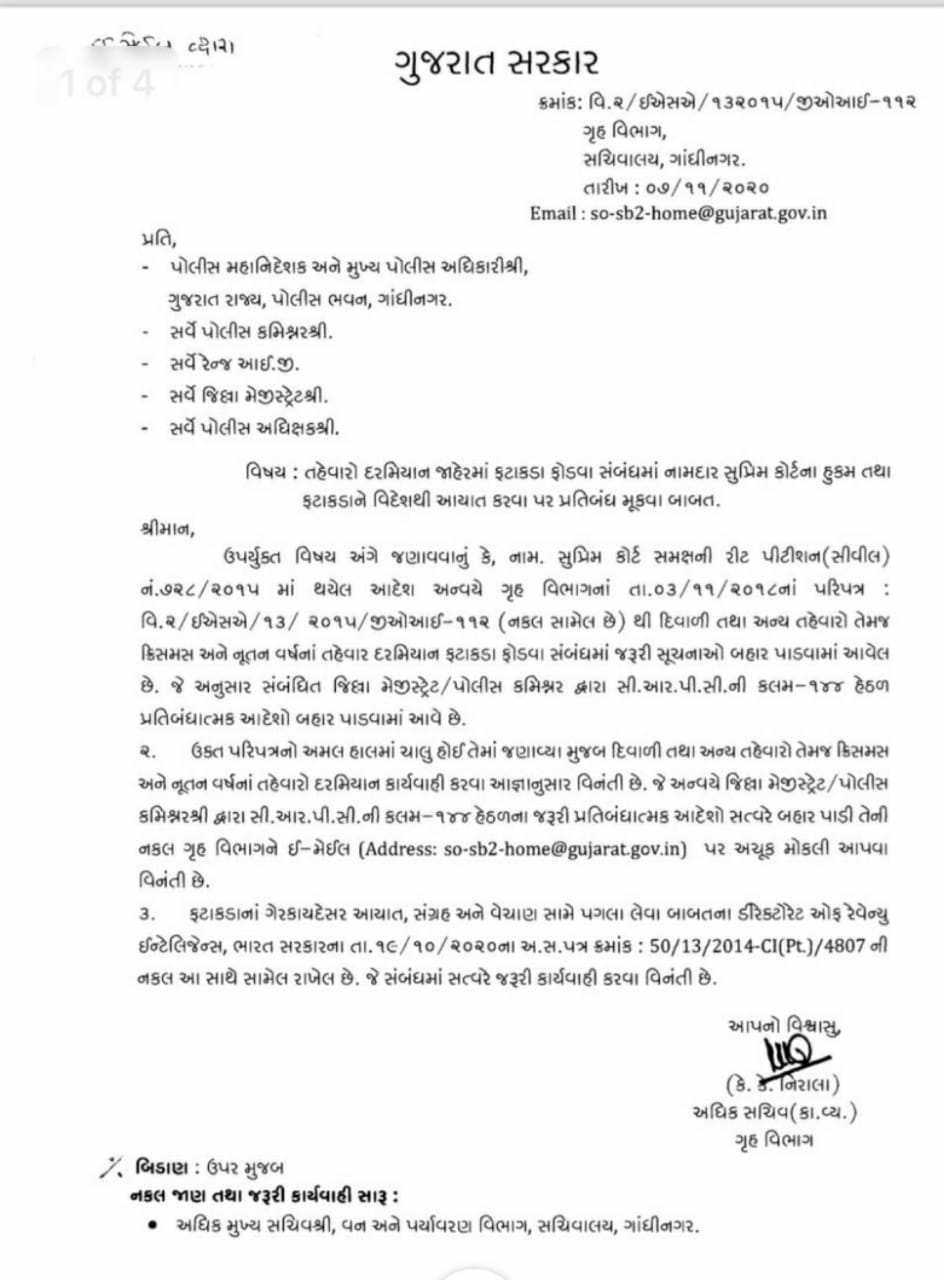 With only a few days to go before the Diwali festivities, the most polluted cities in Gujarat are likely to ban fireworks.  The state government will take a decision and announce the matter today.  The state government is not in the mood to ban fireworks on Diwali, as Diwali marks the Gujarati New Year and does not want the ban to spread joy and excitement in the lives of those who are fed up with the eight-month-long lockdown.
Green tribunal issues notices to some cities in Gujarat 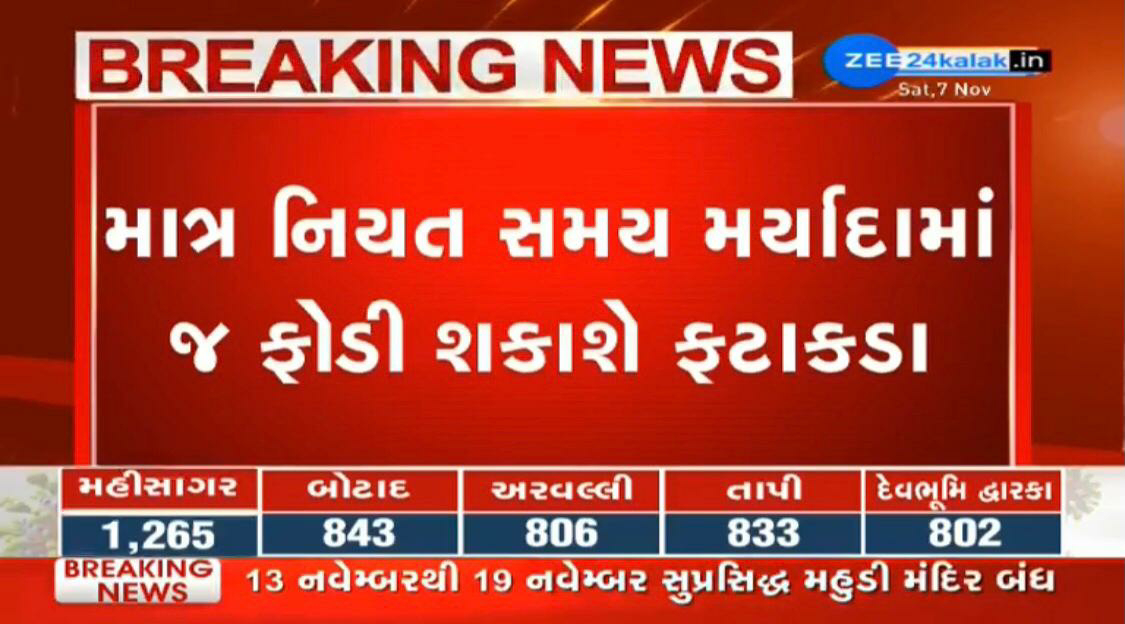 The National Green Tribunal has issued notices to some states of the country on the issue of excessive air pollution.  These include cities like Surat, Ahmedabad, Vadodara, Rajkot in Gujarat.  Fireworks are likely to be banned in such a polluted city.  This decision will be made based on the condition of the corona and air pollution.  The Chief Minister also wants mental and physical health to be maintained if people are happy.  However, the ban on setting off fireworks during the Diwali festivities from 10 pm to 6 am will remain in place, sources said.
The Supreme Court had earlier said that a complete ban on fireworks could not be imposed in the country
Earlier, in the Supreme Court in the year 2018, Justice A.  That.  A bench of Justices Sikri and Ashok Bhushan ruled that a complete ban on fireworks could not be imposed in the country.  He rejected the demand for a complete ban on fireworks and set a time limit for this.
Taking fireworks and Diwali can be an SOP
The Gujarat government is also likely to issue an SOP (Standard Operating Procedure).  Fireworks may not be a mass event that can gather large crowds, but people will be able to set off fireworks in a way that maintains security in their hometowns.  In addition, Diwali and New Year conventions can be held in a limited number of people.  In addition, approval from the police and local administration will be mandatory for the sale of fireworks.
Fireworks were banned in public in Gujarat 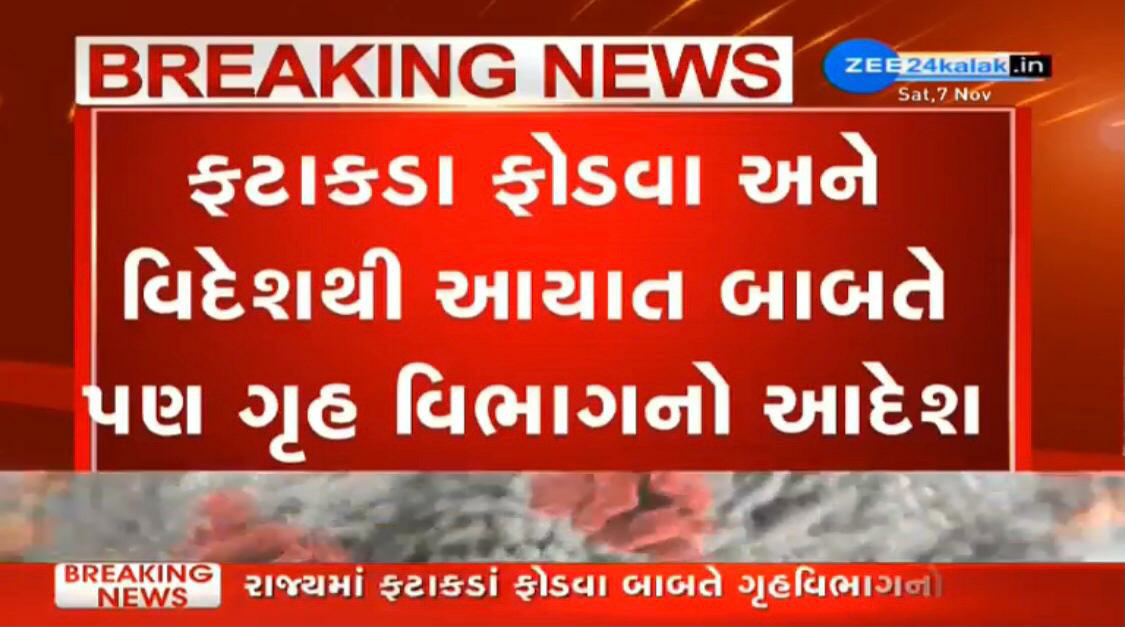 Prohibited in this place
The sale and bursting of fireworks was banned in Rajasthan
Earlier, the Rajasthan government had announced a ban on the sale of fireworks and crackers in the state.
Kali Puja in Bengal and fireworks in Diwali will not explode
After Rajasthan, West Bengal has also banned the firing of fireworks during Kali Puja and Diwali due to the corona.
The ban was imposed in Madhya Pradesh, Odisha and Delhi on Thursday
Firecrackers were also banned in Uttar Pradesh, Delhi and Odisha on Thursday due to corona and rising pollution.
HappyToHelpTech