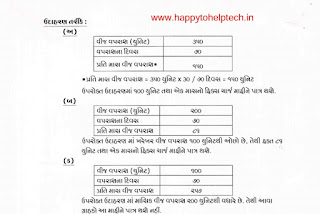 Commercial entities will be given a 20% waiver on annual property tax payments for the year 2020-21.  The Rs 600 crore waiver will benefit an estimated 23 lakh commercial units in the state.  In which property tax due for the year 2020-21 of all residential properties in the urban area will be paid by 31st July 2020 and 10% waiver will be given.  This will benefit an estimated 72 lakh property holders and give them Rs.  144 crore relief.

Therefore, for the purpose of giving them financial relief, the electricity tax for the three months of June, July and August will be reduced from 20 per cent to 15 per cent.  This will benefit about 30 lakh shopkeepers / traders / artisans of the state.  Under this, Rs.  80 crore financial relief will be given.

Outrage among consumers over non-waiver of 100 unit electricity bill announced by the government
Electricity bill to be paid in full, no circular has been issued: Day Engineer
Jun 22, 2020, GUJARAT

I had to pay my electricity bill even though I was not employed
There is no employment in the lockdown. We have paid the bill today.  In the package of self-reliant Gujarat, the government has announced 100 unit electricity bill waiver but it has no implementation.  Understand what it means.  The attention given them.-bakorabhai Bhil, power customer nasavadi