In the last 24 hours, 361 positive cases of new corona were reported in the state, bringing the total to 14829: Health Department

251 new cases of corona were reported in Ahmedabad

Details of Corona cases registered in various districts of the state

Details of patients who died in the state in 24 hours 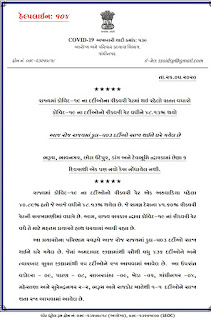 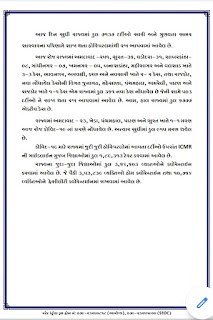 Gujarat has reported 405 new cases of Coronavirus in the state on May 25, taking the total number of cases in the state to 14,468. Out of the 14,468 patients, a majority of the patients are from Ahmedabad alone, which has 10,590 confirmed cases. Surat also recorded a high increase in confirmed cases taking its tally to 1,351.
"The deaths in Gujarat have been mostly in the high-risk zone or in the comorbid zone. 9% of the deaths were in the high-risk age such as below 5 years and over 60 years and 77% positive patients succumbed were with comorbid conditions. Only 14% of the patients who died were of the non- comorbid condition," Gujarat Health Secretary Jayanti Ravi said.
Gujarat has reported 888 deaths in the state due to Coronavirus. The first case was that of a 67-year-old male from Surat with comorbid conditions. On March 25 night an 85-year-old female from Ahmedabad died also due to comorbid conditions. A 70-year-old male from Bhavnagar with a travel history of Delhi, succumbed to Coronavirus on the next day.
The total number of quarantined persons in Gujarat is over 4,42,597 patients with 4,31,046 home quarantined, 10,789 in government facilities and 762 in private facilities.
StateTotal CasesActive CasesCuredDeathGujarat14,4686,9446,636888
'Make in Gujarat' ventilator 'Dhaman-1' fine

Amidst the growing issue of procurement of sub-standard ventilators, the Gujarat government on Wednesday stated that the ventilator 'Dhaman-1' gifted by the Rajkot manufacturers, fulfilled all the parameters and have performed satisfactorily in treating Covid-19 patients in the state. The government also claimed that looking at the quality and affordable prices, other states had also placed orders for procuring 'Dhaman-1' for their health care.
Advertisement

Informing the media, Jayanti Ravi, the principal secretary, Health and family welfare Department, Gujarat, said, "When the state was faced with the global crisis of Coronavirus and when there is a tremendous shortage of ventilators globally, the Rajkot firm came forward and offered to manufacture the ventilators and gift it to the state to treat Corona patients. The company also assured that the manufacturing will be carried out without compromising the required parameters set for ventilators."
No passes needed for inter-district travel in Gujarat
Gujarat Deputy Chief Minister Nitin Patel said as per the provisions of the Lockdown 4.0 there was no need for passes to commute between districts.
Advertisement

"Now any citizen can travel anywhere in the state. No passes are needed for inter-district travel. But there won't be any movement inside the containment zones, except for medical emergencies and services," said Patel.
Tablighi Markaz returnees to Gujarat led to escalation in cases: Guj CM
Gujarat Chief Minister Vijay Rupani in an interview to IANS said that the Tablighi Markaz returnees to Gujrat is the reason for the increase in cases in the state.
Advertisement
"If we talk about Ahmedabad, more than 60 per cent of the total cases are from cluster regions, i.e. 20 per cent area of Ahmedabad has 80 per cent of the cases and the remaining 80 per cent area registered 20 per cent cases. A large number of people attended the Tablighi Jamaat event in Delhi and came back to Gujarat. By the time we could track them, they had already come in contact with their friends, family and other people around them. This led to the rise in cases in the city." 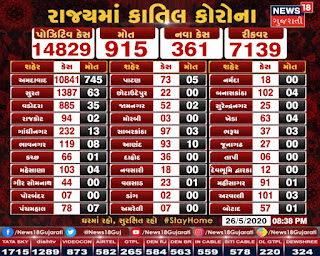 Hours after meeting CM, Gujarat MLA tests positive
A Congress legislator from Gujarat's Jamalpur Khadia, a part of a coronavirus hotspot in Ahmedabad, was found to be positive for the deadly virus on April 14.
Advertisement
Significantly, Imran Khedawala had met Chief Minister Vijay Rupani and other top officials on Tuesday afternoon regarding the outbreak.
Gujarat Police hunt for Tablighi member
The Gujarat Police said on Monday that it was looking for a Tablighi Jamaat member suspected to be coronavirus positive but who had gone into hiding since the nationwide lockdown, even as four more Tablighi members were found positive during the day.
Advertisement
The Gujarat Police has identified 126 such missing Tablighi members in the last couple of days and hunt is still on for more suspected cases.
55 patients discharged

So far, Gujarat has discharged 55 patients. The first patient who recovered is a 34-year-old woman - she tested positive and was under treatment since March 18. She was discharged on March 29 after recovering fully.
Advertisement
Over 3,800 arrested for lockdown violations, 343 people arrested for violation of Section 144The Gujarat Police has arrested more than 3,800 people in the state for violating the nationwide lockdown. The police has also detained over 3,300 vehicles from people who had violated lockdown.
The state government has also revealed that 962 people were arrested for breaching quarantine protocols.
Over 12,000 people under quarantine
Advertisement
"The total number of quarantined in the state is 12,042, where 10,735 are home quarantined, 1,135 in government facilities and 172 in private facilities," added Ravi.
The Gujarat government also launched a Coronavirus WhatsApp helpline. Citizens can use this helpline to receive updates and authentic information from the state health department.
To get updates about Coronavirus in Gujarat, send ‘Namaste’ to 7433000104.